My Ivy Jane. We’ll call her our Christmas miracle.

On the day after Christmas, I drove two hours to Martinsville, Indiana, to pick up her and 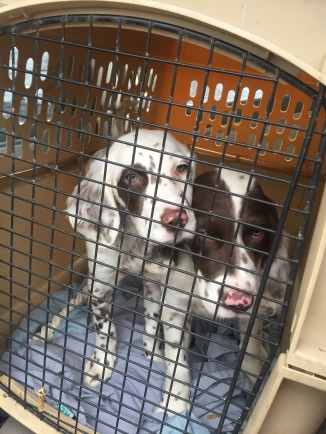 Maybe we knew all along we would adopt her. Maybe we were kidding ourselves the whole time we said we wouldn’t foster fail. You can judge for yourselves.

Ivy, Copper, and their five other brothers and sisters came to Our English Setter Rescue in December. They were abandoned in a park in Arkansas and presumed to be dumped by a breeder. How on earth someone could dump seven puppies and leave them to die is beyond me.

Our English Setter Rescue stepped up and sent a van to Arkansas to pick up the seven puppies and then distribute them in pairs of two to foster homes. Meanwhile, OESR was trying to gage interest in foster homes for the puppies. 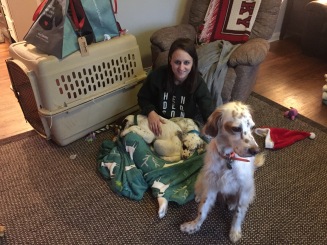 Over the summer, we applied to foster and were anxiously awaiting our first opportunity. We had raised our hand for a couple dogs but each fizzled away as they were helped in other ways, which is truly fantastic news. We volunteered to help one (or two) of the seven puppies, and over the Christmas holidays with seven puppies looking for foster homes, we were selected!

Ivy and Copper came to live with us and maybe we were fooling ourselves, but we tried desperately to pretend that neither of the puppies would be foster failures, a term signifying a foster has adopted the dog they were previously keeping temporarily. I started sharing pictures of the puppies in hopes of creating interest for their adoptions. And the interest was real! More and more people began inquiring and as time passed, we were growing more and more attached.

A couple months had passed when the rescue reached out to me for a decision. They 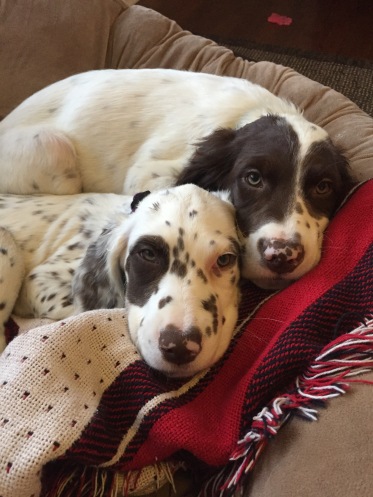 were about to post the puppies and wanted to know if we had decided to keep one, two, or none.

Both were absolute cuddle bugs and slept with us every night. Waking up four times a night to let them out to pee became second nature. They loved going on hikes, chasing Winston, playing in the snow, chewing bones and toys, and barking. It all became so familiar and so intoxicating. Everywhere I went, my friends or coworkers would ask: How are the puppies doing?

I was obsessed with them. Winston was enjoying the company and being the ring leader of the pack. And here I was poised with the original question all along – are you fostering or are you adopting?

Before Copper and Ivy ever were a possibility, we always said we would like to add a little female with black and white spots to the household. And here was a perfect puppy in our house, best buds with Winston, an established routine, we knew this worked already – what were we waiting for? It could never get better than that. 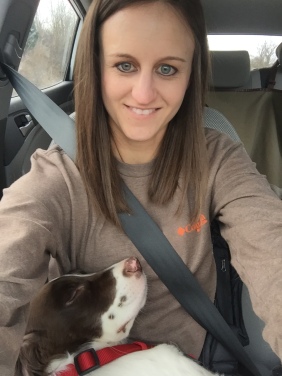 I asked my husband if we were ready to adopt her. I said yes. He agreed. I sent in the adoption paperwork and a check, and it was done. I still can’t believe how fortunate we were to scoop up Ivy and call her our own.

As for Copper, this male puppy and Winston often clashed during playtime, dinnertime, and bone time. At the same time, we started worrying about the ability to care for three full-grown English Setters in our small home.

It was a clear decision we would forgo adopting Copper and search for the perfect family, which he found shortly! It was heartbreaking saying goodbye to him. If you followed me on Instagram during this time, we all went through a pretty difficult hangover without him.

Months later, Copper is living a wonderful life near Columbus, Ohio, and Ivy and Winston are two peas in a pod. We are so fortunate to have two beautiful, healthy English Setters. Winston and Ivy are the best of friends. 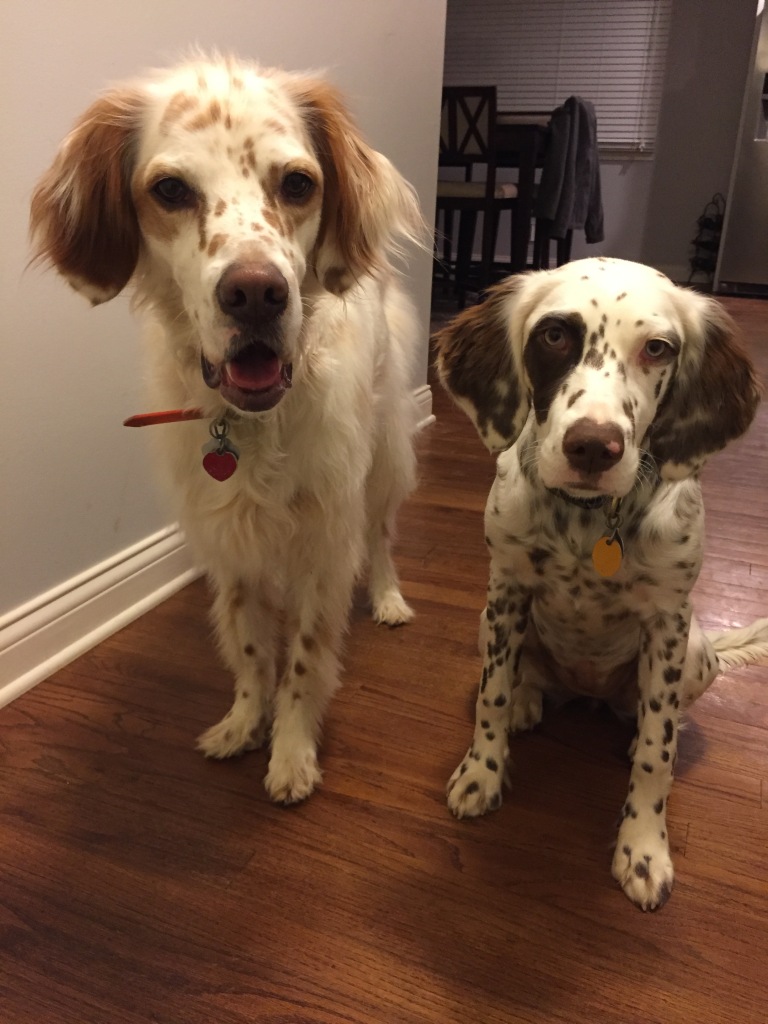 One thought on “Ivy’s Story”